Achieving the desired combination of superior detonation performance and insensitivity to shock initiation has been a long-standing goal in high explosive (HE) science and technology. Having previously established the shock insensitivity of 1,1-diamino-2,2-dinitroethene (also known as DADNE or FOX-7) single crystals to 20 GPa (extended to 25 GPa in this work), the FOX-7 detonation response was determined through wave profile measurements in ∼250 μm thick single crystals shock compressed to 64 GPa. Quite unexpectedly, FOX-7 demonstrated the classic Chapman–Jouguet (C–J) detonation response—reaction completion in the detonation front (<0.7 ns) at pressures of 44 GPa and higher—not observed in other insensitive high explosives. The experimentally determined C–J pressure (35 GPa), detonation wave velocities and the detonation products equation of state—together with shock insensitivity to 25 GPa—demonstrate that FOX-7 single crystals display a near-optimal combination of high performance and shock insensitivity, not observed in another HE crystal.

To read the Editor’s Pick publication in the Journal of Applied Physics, please click here. 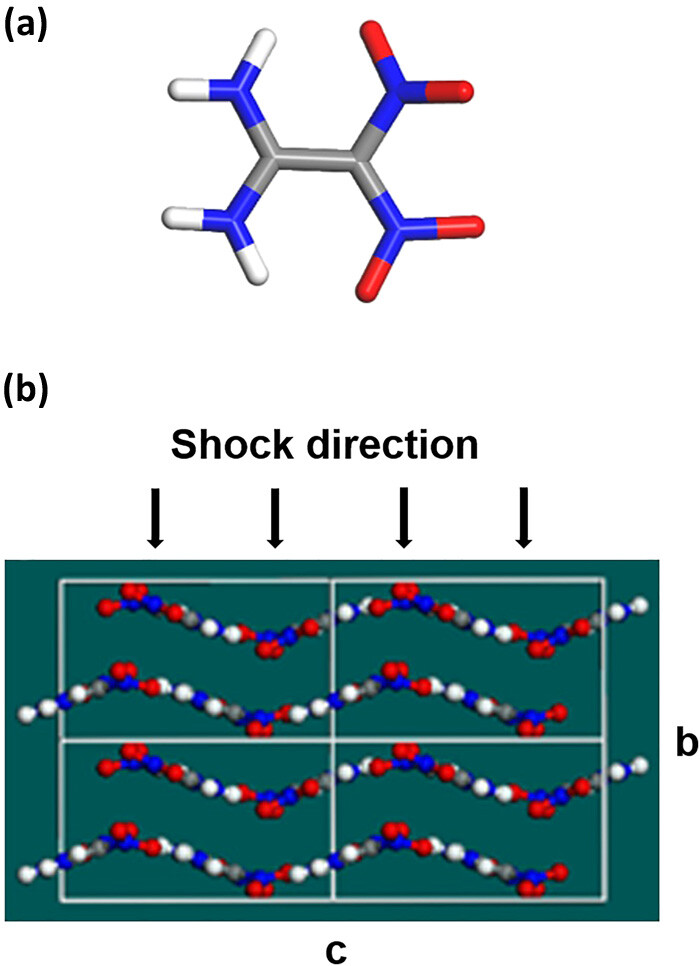 The FOX-7 molecule (a) and the direction of shock compression in FOX-7 single crystals (b). The crystal structure shown is a projection onto the bc plane, where b is the twofold rotation axis of the monoclinic unit cell. Atoms are indicated by the following colors: carbon—gray; nitrogen—blue; oxygen—red; and hydrogen—white. Crystal unit cells are indicated by white lines.

Since cubic diamond was first recovered from explosively shocked graphite samples in 1961, the shock-induced graphite to diamond phase transformation has been of great scientific and technological interest. In a recent issue of Physical Review B, Washington State University researchers show that during shock wave compression at about 500,000 atm of pressure and of about 100 nanoseconds duration, graphite is transformed into either hexagonal diamond or cubic diamond, depending on the crystal structure of the graphite crystallites that make up the sample.

To read the Editors’ Suggestion publication in Physical Review B, please click here. 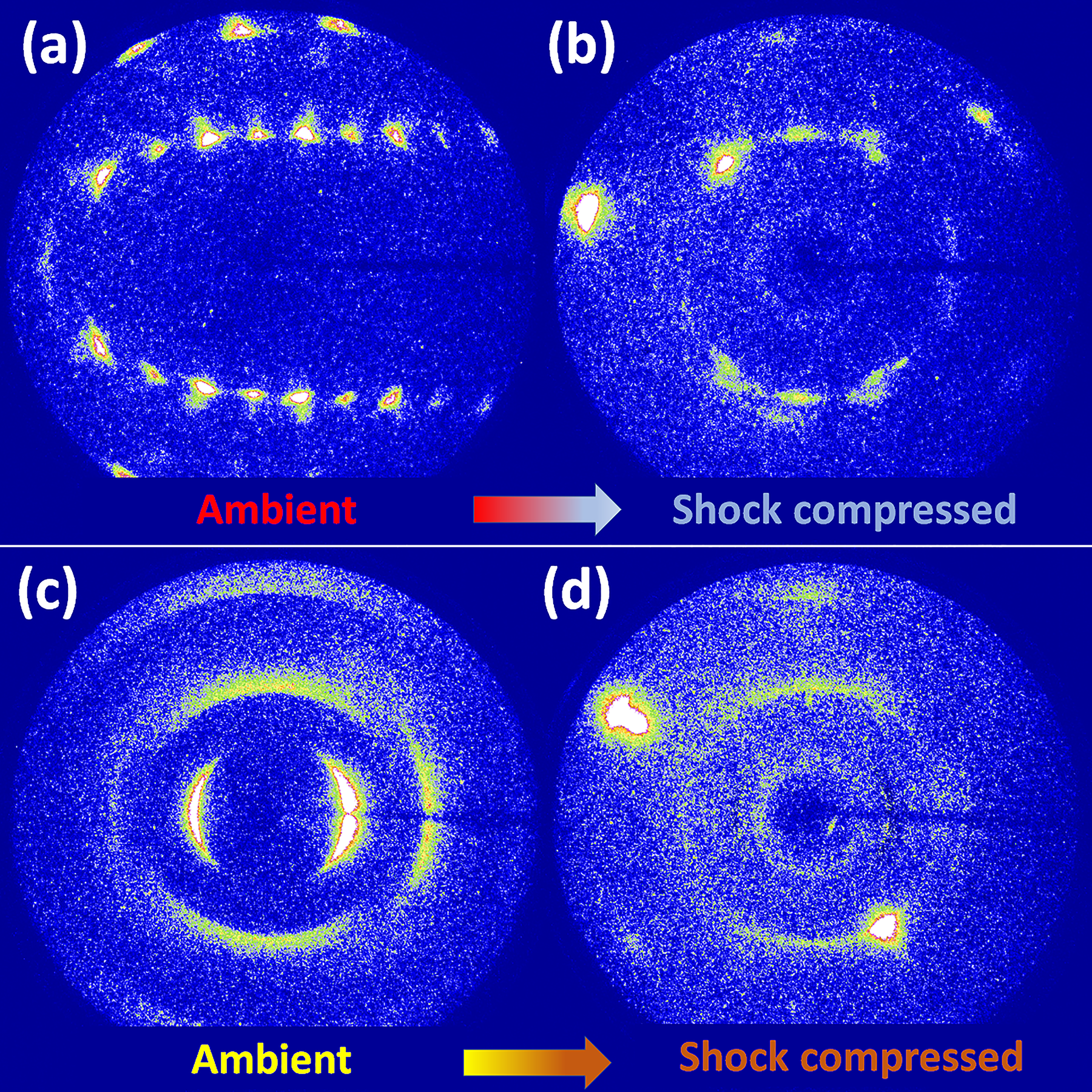 In contrast to relatively pure silica glass (fused silica—FS), commercial silica-rich glasses contain significant fractions of additional oxide components. In particular, soda-lime glass (SLG) consists of approximately 71% SiO2 by weight, which raises the question: what is the effect of additional cations on the shock compression response of silica-rich glasses? To address this question, Washington State University researchers conducted plate impact experiments were conducted to determine the high-pressure Hugoniot states for shocked SLG (37 to 120 GPa) and compared with recently reported results on FS.

To read the Editor’s Pick publication in the Journal of Applied Physics, please click here. 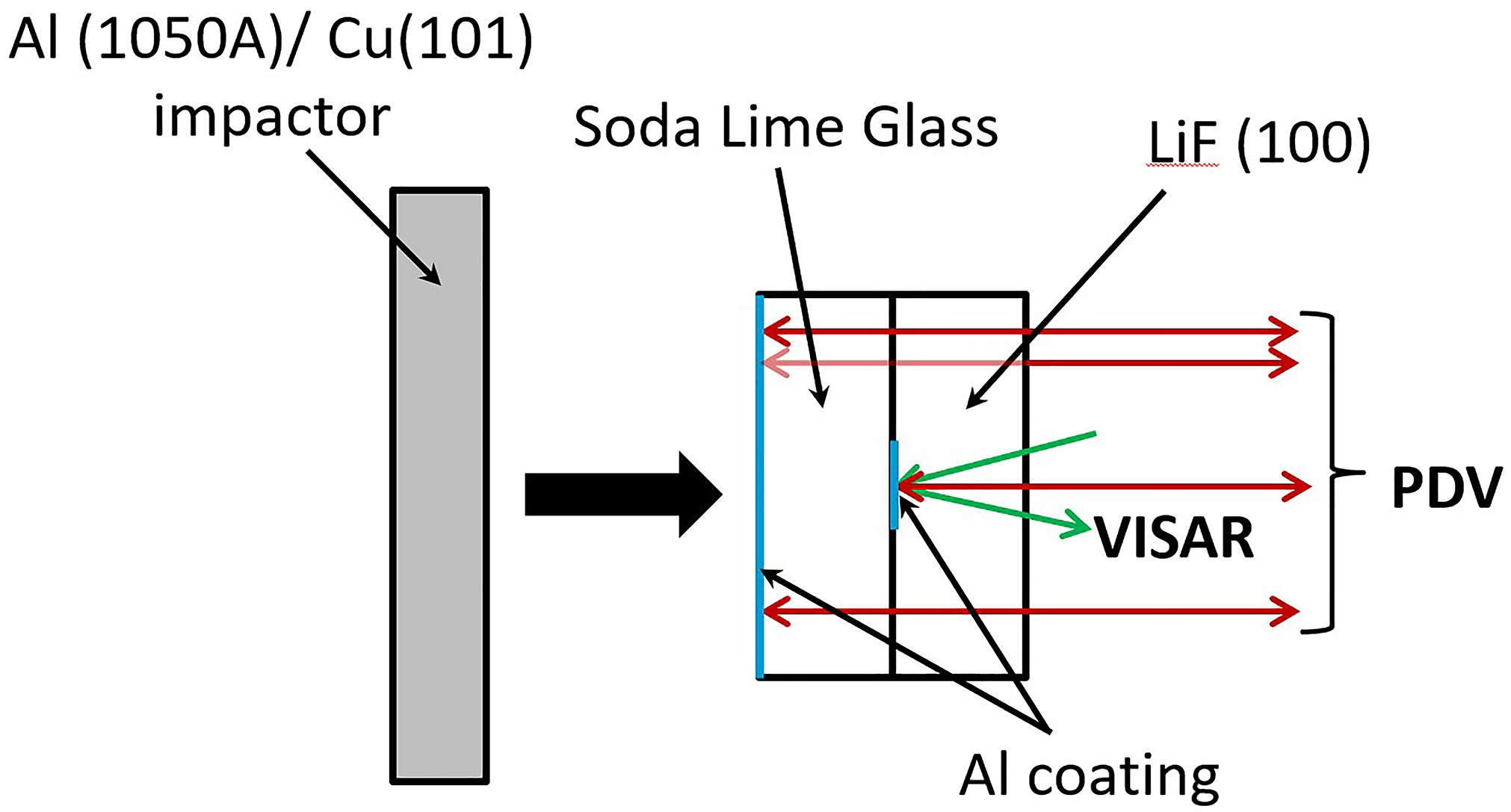 Shock wave compression is uniquely suited to examine extreme thermodynamic states in solids on nanosecond timescales.  Most often, shock compression at high stresses (~1 Mbar) is viewed as a superposition of pressure and temperature, and deformation effects – particularly, at the atomistic level – have not been examined due to experimental challenges.  Although molecular dynamics simulations have long suggested the generation of stacking faults (SFs) – a particular type of lattice defect related to partial dislocations – in shock compressed face-centered-cubic (fcc) metals, direct observations of SFs have been lacking.  Using laser-shock experiments at the Dynamic Compression Sector (APS, Argonne), in-situ x-ray diffraction (XRD) measurements provided observations of SFs on sub-nanosecond timescales in shock compressed gold.  SFs – ABCBCABC stacking of {111} planes instead of the normal ABCABC stacking – are a consequence of the uniaxial strain state achieved under shock compression and provide direct insight into deformation mechanisms.  Detailed XRD simulations, incorporating SFs, fitted to the measured XRD data showed that SF abundance increased monotonically with increasing compression; at 1.5 Mbar stress, almost every sixth atomic layer was a SF. These findings, for the first time, provide a quantitative understanding of the deformation state at the atomistic level in a shock-compressed fcc metal. 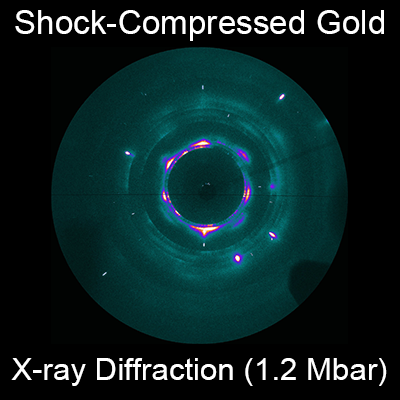 Washington State University researchers have directly observed shock-induced melting and recrystallization of silicon on nanosecond timescales. As they report in a recent issue of Physical Review Letters, the researchers observed the melting through in situ, time-resolved x-ray diffraction (XRD) measurements at pressures above 30 GPa. This work adds new constraints to the high-temperature, high-pressure phase diagram of silicon and suggests that the technique could similarly reveal structural changes in other materials under shock-wave compression.

“Melting and freezing are two of the most ubiquitous materials phenomena,” says Yogendra Gupta, senior researcher on the project. “Typically, these phenomena are viewed as slow—because our familiarity with these phenomena is mostly based on observations at long time scales. Hence, some questions that have been around for a long time are: How fast can these phenomena occur? And what is the nature of the material state?” These are fundamental questions, Gupta says, but the answers also have applications in ballistics, debris-spacecraft collisions, and planetary formation, among other areas. 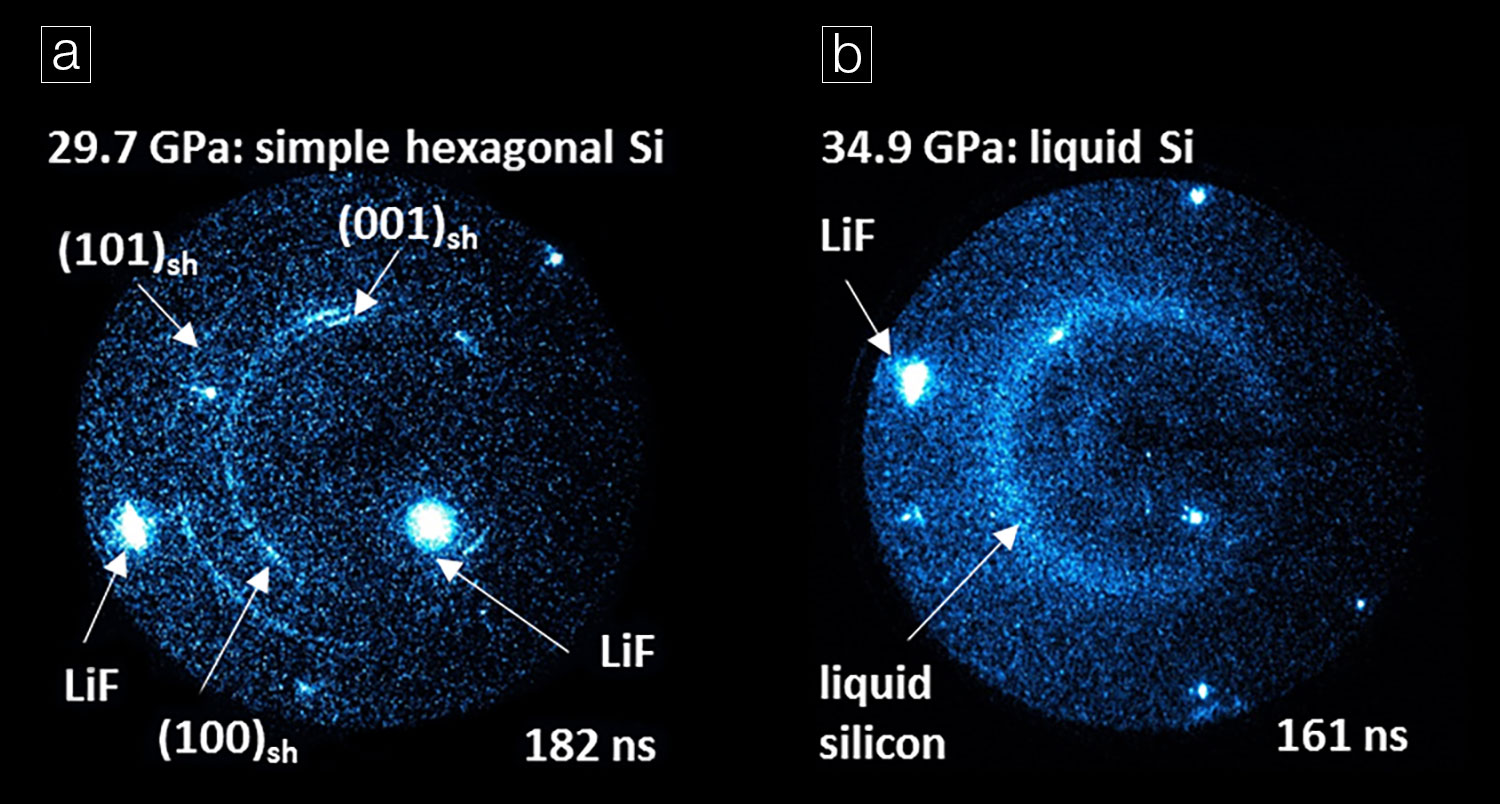 Institute for Shock Physics Publications in the News: