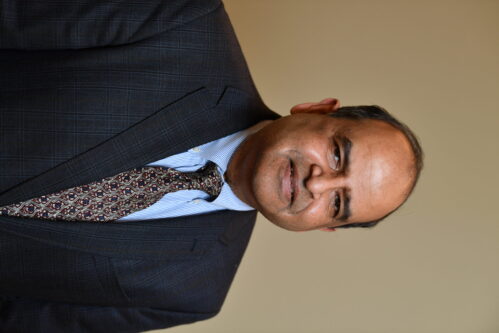 Dr. Prakash received his Ph.D. in Engineering from Brown University in 1993.  He joined the Department of Mechanical and Aerospace Engineering at Case Western Reserve University in January 1993 as the Warren E. Rupp Assistant Professor of Science and Engineering and attained the rank of Professor in 2004.  Dr. Prakash joined WSU in 2020 as a Professor and currently serves as the Associate Director of the Institute for Shock Physics.

Over the years he has been drawn towards interdisciplinary research encompassing diverse fields, where he has made use of his knowledge in engineering mechanics and materials to work on fundamental problems related to shock compression of condensed matter including dynamic deformation and failure of solids under extreme stress wave loading conditions. A parallel focus of his research has been in nanoengineering in the development of novel three-dimensional hybrid carbon nanomaterials for light-weight structural, energy storage and thermal management applications. These studies have resulted in over 225 technical publications with his graduate students and technical collaborators.

In addition to research, he has actively engaged with and volunteered his time to professional societies. He has been one of the three founding members of the Technical Division on “Dynamic Behavior of Materials” for the Society of Experimental Mechanics (SEM).  He has been particularly active with ASME, where he has served as an elected member on the ASME Basic Engineering Group Operating Board and the ASME Board of Technical Knowledge Dissemination from 2008-2014. He served as the Vice Chair of the ASME Interdisciplinary Councils Committee from 2012-2014, where he provided leadership to the ASME Nanoengineering Council, which is the Advisory Board to the ASME Nanotechnology Institute.  From 2008 to 2012, he has served as a member on the Executive Committee of the ASME Materials Division, where he chaired the Division’s Honor and Award committees including the Nadai Medal Committee, Sia-Nemat Nasser Early Career Award Committee, Orr Early Career and the Orr Best Paper Award Committees.  He served as the Chair of the ASME Materials Division during 2011-2012.